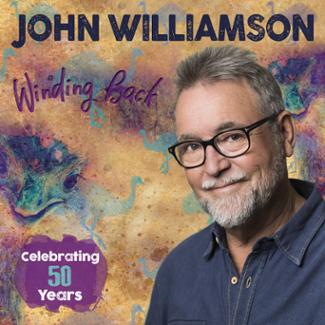 In 2021 Australian music icon John Williamson will celebrate his 51st anniversary in the entertainment industry and foresee closing the book on his regular touring.

When John Williamson wandered into Richmond's GTV9 studios in 1970 with a guitar under his arm, little did the Mallee farmer realise he'd make a 50+-year career out of singing and performing. His performance of 'Old Man Emu', the first song John had ever written, on Channel Nine's popular New Faces program resulted in a number one single and a record deal. It also marked the appearance of a striking new talent: an unofficial custodian of Australian stories.

Half a century on, John Williamson has made an art of expertly capturing Australia in song. Painting lyrical pictures of our unique fauna and flora, landscapes and people, John has encapsulated the beauty, wonder and, sometimes, heartbreak of life Down Under. From boabs to billabongs and snowy mountains to sandy beaches, the Mallee-born songwriter's 52 albums­-including 20 original studio albums-have traversed Australia like a dust-covered road train, deftly moving between larrikin humour and touching pathos.

'The Winding Back Tour' takes in more than 40 dates across Australia through to the end of 2021.

'While I'm not looking to retire just yet, once I've completed my 2021 Winding Back Tour I'll be scaling down my live appearances,' John says. 'I've always loved the connection I receive when performing, so you'll still see me popping up at festivals and special events. 'Winding Back' means I'm looking forward to spending more time in the garden and less time away from home.'

With his honours including the ARIA Hall of Fame, an Order of Australia, 28 Golden Guitar Awards, Australian Roll of Renown induction, not to mention over 5 million albums sold and thousands of shows performed, it's hard to begrudge the 75-year-old a less hectic schedule. First though, there's a 51st anniversary to celebrate.

Perhaps John's greatest legacy is making Australians proud of their country and of who they are. So, don't miss him, True Blue himself, in your town or city for what could be the final time.