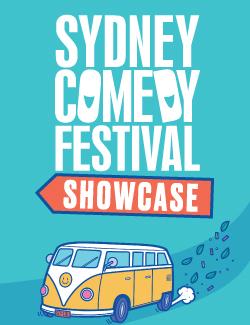 The funniest comedians from this year's Sydney Comedy Festival are hitting the road and bringing an all-star comedy showcase right to your doorstep!

Expertly curated and lovingly presented the showcase will feature some of the hottest acts of this year's Festival all live on stage for an incredible 2 hours of hard hitting laughter.

CAM KNIGHT -ÝHisÝfast one-liners and masterful audience interactions have made him one of the most in-demand comics in Australia.

JUSTIN HAMILTON -ÝOne of Australian's premiere stand up comedians, he has debuted two shows as well as performing at Just for Laughs and also has a top downloaded podcast!

GARETH WAUGH -ÝOne of the fastest rising stars in the Scottish comedy scene, whose quirky, surrealist style is earning him fans the world over.

AARON CHEN-ÝhisÝhis unique style which has seen him grabbing awards and praise in spades in comedy rooms and on tv and radio.

Get in quick and grab your tickets to the funniest night you will see all year!


Recommended for mature audiences 15 years and over. May contain coarse language and adult themes.
All ticket holders under the age of 18 must be accompanied by a paying adult.