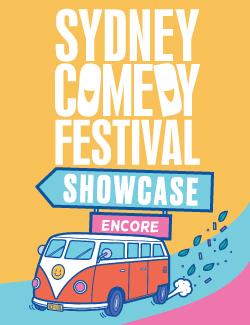 The Sydney Comedy Festival is returning to Hornsby for an encore performance due to popular demand, with an entirely new cast of the very best comedians!

With an epic comedy line up expertly curated from this year's festival, audiences will need to get in quick for this hot ticket to a massive night of laughs.

Expertly curated and lovingly presented the showcase will feature some of the hottest acts of this year's Festival all live on stage for an incredible 2 hours of hard hitting laughter.

Tommy Ballard - Titan of Aussie comedy, making his mark on the screen, radio waves, and stages of the nation alike!

Dusty Rich (ZAF) - Hailing from South Africa, this unconventional comic is spontaneous, full of energy, and an exhilarating experience.

Becky Lucas - Festival favourite, TV regular, and clearly at the top of her game!

Oliver Twist - Rwandan born but Australian at heart, rapidly making a huge name for himself!


7.30pm Doors | 8.00pm Show.
Recommended for mature audiences 15 years and over. May contain coarse language and adult themes.
All ticket holders under the age of 18 must be accompanied by a paying adult.